It’s a vexed question: did rye bread originally come from Rye NY? Nobody seems to know. If not, where did it come from? If it came from Port Chester, you’d expect it to be called Port Chester bread, or from Harrison, Harrison bread.

Nobody has the answer. If you go to Patisserie Salzburg on Purchase Street, you’ll find that they make a lot of bread there, so if it’s made in Rye it could be called Rye bread. Except that it isn’t. They don’t call it Salzburg bread either. That’s in Austria which is where the owner comes from.

Everything About Rye Is Confusing (Except Wash and Fold)

Everything about Rye is confusing. According to all reports, Rye is a city in Westchester County, but it is separate from the town of Rye, which is larger (cities are normally larger than towns). Rye city was formerly Rye Village which was part of 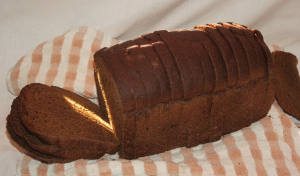 the town of Rye until 1942 when it was made a city. Apparently, it went from a village to a city overnight, but the city is still smaller than the town. The charter turning it into a city was the last one issued in New York.

So we hope that’s all clear now. None of which gives us an answer to the problem of rye bread, or Rye bread, and we are rather beginning to wish we had never asked the question!

However, as a laundry and dry cleaner covering Rye, as well as the whole of the greater New York metro area, what we do know is that wash and fold is as old as rye bread, if not older.

Even though wash and fold is antiquated, at Commuter Cleaners we have updated it for the 21st century. It’s still Rye NY wash and fold, but it is now also home pickup and delivery. Which means that if you live in Rye (where the bread comes from – or possibly not) there is no longer any need for you to gather up all your laundry and dry cleaning and bring it to us, because now we come to you.

Rye NY wash and fold now couldn’t be any easier. All you do is throw all your laundry and dry cleaning into our famous blue bags and leave them outside the door in the porch (or in a shed, or the garage – wherever you wish) when you go to work in the morning, and then you can forget about it.

Our driver will collect it and bring it to Stamford, where we are based, where it will all be sorted and washed or dry cleaned as appropriate. A couple of days later we simply bring it back to you.

Billing? Simplicity itself. You don’t have to be at home, or leave money out in an envelope, because we’ll bill your card at the end of the month.

So that’s Rye NY wash and fold for the 21st century. Easy to understand and easy to use.

It’s a lot simpler than rye bread. If you happen to know the answer to that question, could you send us an email and let us know? Thanks!

Rye NY Wash and Fold: More than Rye Bread (Really)
Rate This!
Tags: Rye NY, wash and fold, wash and fold service
← Don’t Ask us For Hartsdale Dry Cleaning Coupons. We Don’t Do Them
New for 2016: Wash & Fold for the 21st Century in CT & NY →